Skip to content
When to Worry About Neck Pain

Neck Pain Can Be Scary

When we experience pain in our neck, mid back or low back – it's often scarier than other forms of pain.

As amazing as the human body is, in a modern world, the neck and back is vulnerable and when it hurts – our body literally seems to shut down. And yet most spinal pain does not have a serious cause.

When it comes to neck pain specifically, the bark is usually louder than the bite.

In this article I share a few concepts to help you understand the difference between serious neck pain and less serious causes of neck pain.

Of course, if you've been in an accident recently or experienced a trauma that caused sudden neck pain – get seen by a doctor immediately.

However, if your neck pain started due to non-emergency reasons, this is a good place to get some reassurance and decide whether or not to talk to a doctor. 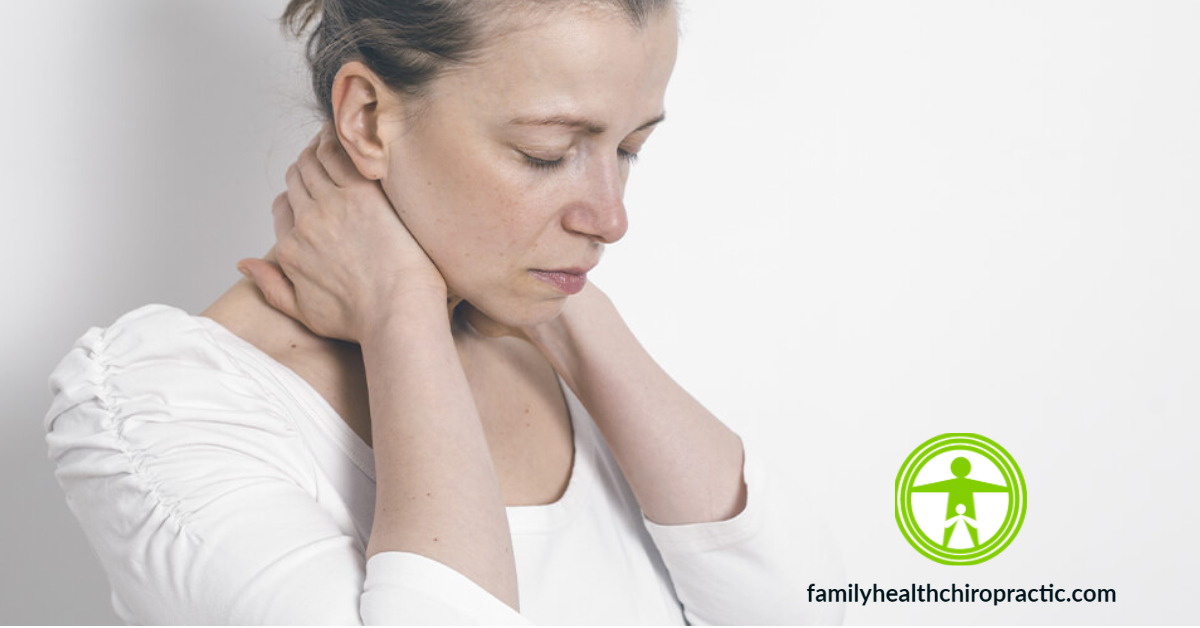 The Red Flags of Neck Pain

Neck pain is usually not going to be caused by more serious conditions.

But every once in a while, neck pain could be a warning sign of something bigger including signs of cancer, infection, autoimmune disease, or some kind of structural problem like spinal cord injury or a threat to an important blood vessel.

This is why knowing the red flags of neck pain are so important.

Before proceeding to the other red flags, I just want to remind you – if your neck pain started from a sudden blow, blunt force trauma or collision injury, then you should get checked right away!

I cannot tell you how many times we've had patients come in for exams and their necks were a wreck due to collision injuries that they had in the past and never treated appropriately.

The more red flags you have below, the faster you should get checked by a doctor or chiropractor who understands how the spine works. 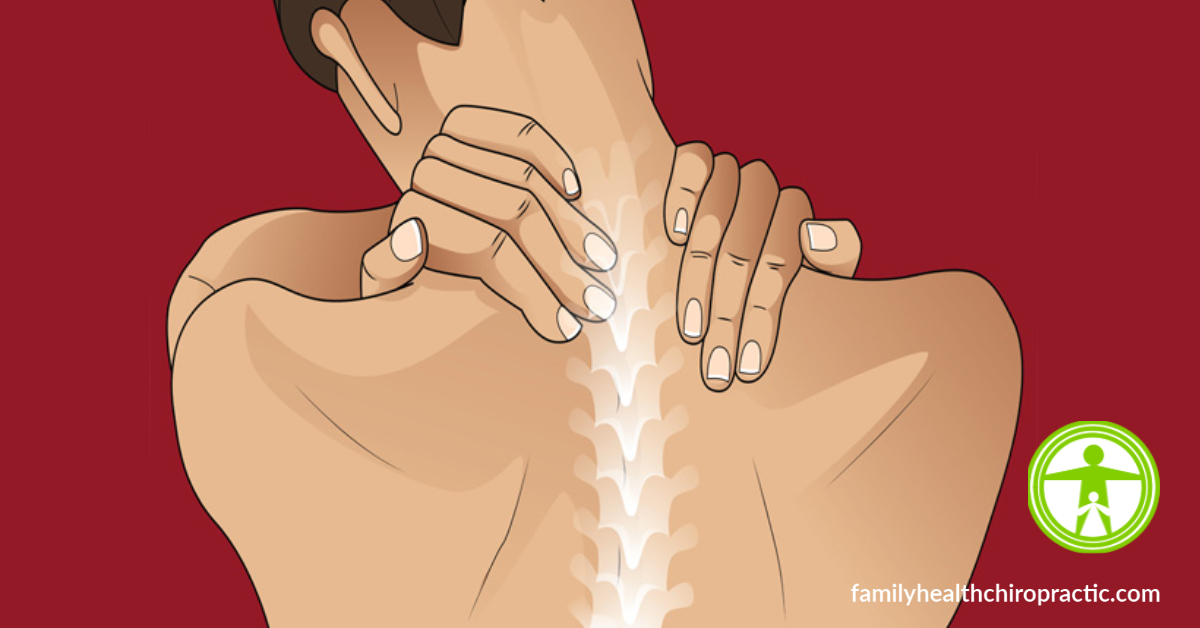 Arthritis Sucks, But It's Nothing to Fear

One of the most common concerns about neck pain that shouldn't be worrisome are the signs of “wear and tear” on the cervical spine such as arthritis and degenerative disc disease.

X-ray studies, CT scans, and MRI's have proven that arthritis is common, even in the absence of symptoms.

Many people who have clear signs of arthritic degeneration in their spines will never have any symptoms, or only minor, and/or not for a long time.

For instance, about 50% of “over 40 year olds” have clinically silent disk bulges, and even at age 20 there’s a surprising amount of spinal arthritis. The seriousness of these signs is routinely overestimated by patients and healthcare professionals alike.

Signs of arthritis are almost never diagnostic on their own, so don't blame a disc bulge too quickly.

In fact, do yourself a favor: don’t assume that you have a serious problem based only on pain plus signs of arthritis or MRI's that state you have “bulges” or small “herniations”.

Pain is common; serious degeneration is not.

Here's a table sharing some findings of spine degeneration at different ages; all without any pain. 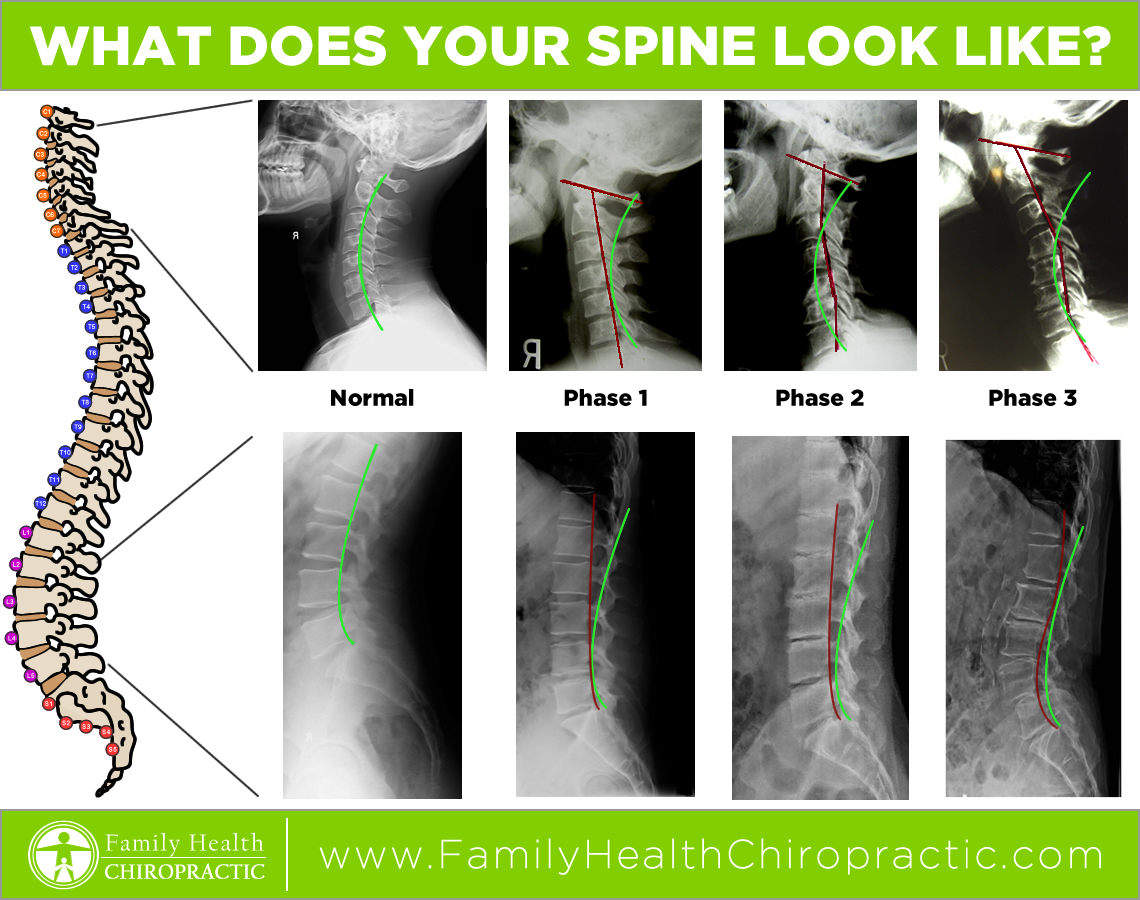 Neck Pain that is Sharp, Stabbing and Shooting

Sharp neck pain is not in itself a red flag.

In fact, and I know this is going to seem odd, but sharp pains are actually a bit reassuring when it comes to the more serious issues of neck pain, despite how they feel.

By itself — with no other obvious problems — sharp, stabbing and shooting neck pain is usually due to a condition that indicates you just have a temporary, minor source of irritation in the cervical spine.

Serious causes of neck pain like infections, tumors, and spinal cord problems tend to grind you down with throbbing pains, not “stab” you.

It's basically your brain being overly-protective to real, but all too often trivial irritations in and around the spine.

The brain takes these much more seriously than it really needs to, but evolution has honed us to be oversensitive in this way.

That’s not to say that the brain is always over-reacting, but it usually is.

The cervical spine is also surrounded by a thick, tangled web of nerves.

In general, those nerves are amazingly difficult to irritate, much harder than people think, but it’s not impossible.

Many sharp and shooting neck pains are probably caused by minor neuropathy (pain from nerve irritation) that calms down over several days or a few weeks at the worst.

Yes, it’s unpleasant, but more often than not, nothing to be too concerned over. 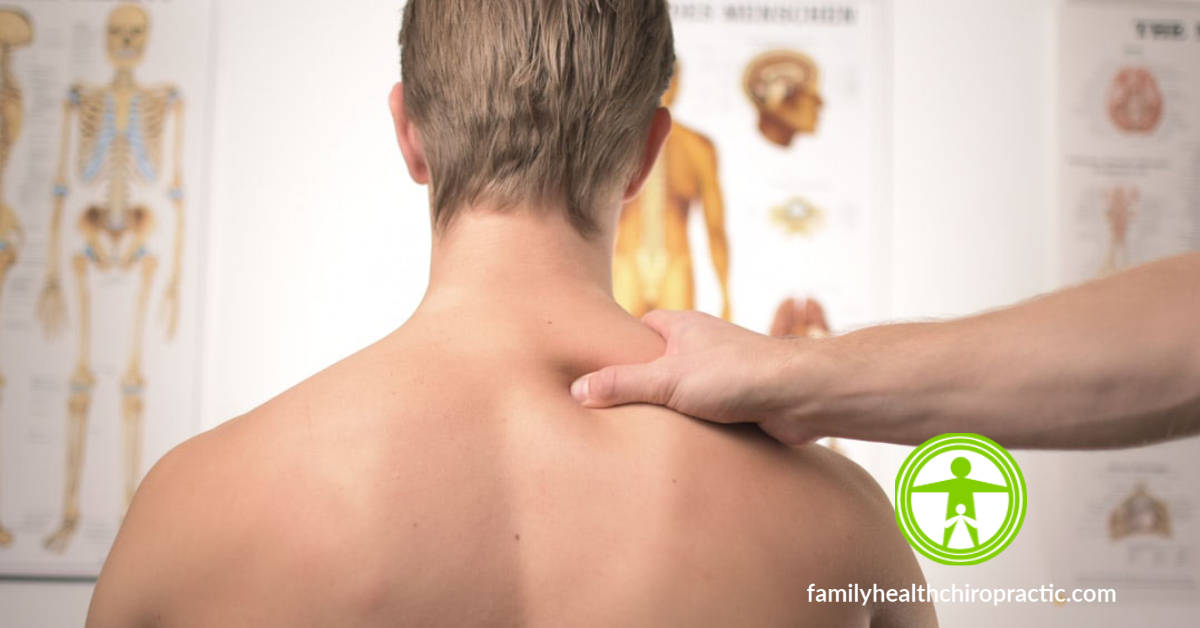 The neck is – along with the low back, shoulders and knees – vulnerable to bouts of unexplained pain.

In most cases, the pain goes away on its own.

Pain is weird and unpredictable, and is often the result of the brain being overprotective and paranoid.

Worrying about the pain may be literally the worst thing you can do — not just a poor coping mechanism, but a genuine risk factor.

Like noise pollution, the more you focus on it, the worse it gets.

But if your neck pain is not going away and it's becoming more and more of a concern, consider visiting your local chiropractor to get it properly checked.