Did you know that Chiropractic and the flu go way back?

In fact, the flu pandemic of 1918 contributed to the beginning and growth of the chiropractic profession. How?

The flu pandemic of 1918 produced the deadliest infection in modern history, infecting an estimated 500 million people throughout the world. The pandemic infected almost one-third of the world’s population killing between 20 and 50 million people. More than 25 percent of the U.S. population became sick, and over half a million Americans died during the pandemic.

No effective drugs or vaccines existed at the time of the pandemic. People possessed no real treatments or means of preventing the spread of the strain. American citizens were ordered to wear masks while schools and other places of mass gathering were shut down. But not everyone was succumbing to the virus. 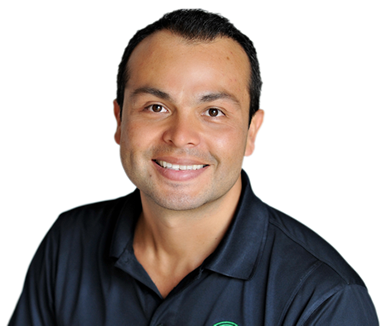 During the 1918 flu pandemic, those who were receiving chiropractic adjustments experienced 1/40th the death rate from the flu compared to those who were not under spinal care. Dr. Daniel DC, CFMP, FDN, FCN, Pn1 Click to tweet

And this interesting sub-population of people protected from the flu gained significant attention during and after the 1918 flu pandemic. Chiropractic research led to pockets of communities where doctors and osteopaths of the time administered spinal adjustments that focused on the health and well-being of the nervous system. Medical statistics in Davenport, Iowa, detailed 4,953 cases of flu were treated by 50 medical doctors. 274 of those patients perished from the virus. Approximately 150 Chiropractors and Chiropractic students cared for 1,635 patients with the flu; only one death occurred. 9.2 percent of flu cases that sought medical attention died during this terrible season. Only one-fourth of one percent (.0025 percent) of patients receiving Chiropractic adjustments died during the pandemic. Chiropractic patients experience approximately 1/40th of the death rate experienced by those patients seeking medical intervention. The flu pandemic of 1918 put Chiropractic in the national spotlight as an alternative form of health care that focused on the intelligent power within the body.

Many experts warn of a global influenza pandemic that may trigger from massive interaction and intermingling of world populations through mass transit and commuter populations. The Center for Disease Control advocates that flu vaccines provide the best method of prevention. Evidence remains unclear on the safety and efficacy of flu vaccines in preventing the flu. The greatest health advocate at the disposal of each person exists in the form of internal intelligence found within the body. The brain and central nervous system contain an amazing wealth of intelligence built for health and well-being.

Here's the details of the study:

This study explains why chiropractic should play a role in immune-boosting strategies for both children and adults.

The same type of adjustments that helped many Americans experience only 1/40th the death rate during the flu pandemic of 1918, are given today in Chiropractic clinics all over the world with similar immune-building benefits.

As the flu season arrives, one of the most important and evidence-based measures a family can take towards preventing or overcoming the flu is to see the Chiropractor

A Healthy Spine Is More than Just Preventing Back Pain

Prevention and healing from the flu represent only a few ways in which an optimally functioning nervous system maintains an environment capable of conquering and overpowering disease without the use of ineffective drugs and medicines. The human body manufactures billions of new cells every single day and constantly fights off foreign invaders and diseases. The body turns nutrients into living cells and tissues able to combat negativity in the environment.

The spine’s intimate relationship with the brain and central nervous system hold the key to better health and disease prevention. A properly aligned spine moves fluidly and allows the body to communicate between organs and the immune system. Whether it was the 1918 flu pandemic or a 2010 study looking at how one single Chiropractic adjustment increased specific immune-fighting antibodies designed to fight infections, chiropractic care is so much more than pain relief.

Chiropractic adjustments boost the production of Interleukin-2, a protein that regulates the activities of immune-fighting white blood cells.

The same type of spinal adjustments helped Americans experience only 1/40th of the death rate of medical intervention during the flu pandemic of 1918.

The flu still exists today but no vaccine replicates the power already present within the human body. Proactive family health care begins with a trip to the Chiropractor.